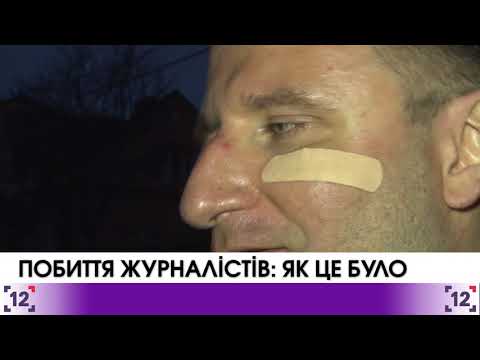 The journalists who were beaten by a businessman from Ternopil returned home. Roman Kharchenko and Serhii Shapoval who were on a journalist investigation on illegal petrol stations, told the details of the case. One of the points to check was an ‘Agro-druzhba’ enterprise. Its head – Roman Kogut.

The journalists came to the petrol station and asked for the appropriate documents that approve they work legally. They went to the office of the head of the enterprise, because a filling station attendant said the documents were there. However, when they got there, Kogut locked the door and started beating the journalists together with his assistant.

The camera man was hurt most of all – they hit him with a camera to his head. As a result – broken equipment and concussion. The journalist has a wound under his eye.

The head of the enterprise accused the media representatives of stealing and went to the police.

At the same time, the journalists did the same, however, their application to the police was not accepted, at first. However, after mass media has sparked public outcry concerning the problem, the case was opened.

Despite everything the journalists will continue their work concerning illegal petrol stations and 12 Channel will keep informing you about the ongoing investigation.