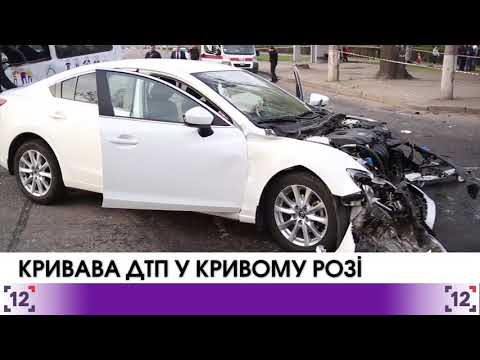 Eight people died in a car accident in Kryvyi Rig. Eighteen people more were taken to the hospital. The police inform that three cars crashed – Mazda and two buses. One bus carried the workers of one of the local enterprises. The police opened a criminal case. The driver of Mazda is detained. 18 April – black day in the town.

In the town of Brody what is in Lviv region the driver of Honda motorbike did not manage with steering and hit people – three bicycle riders and a pedestrian. Four people were injured in the accident, three of them were taken to the hospital – the pedestrian, the woman on the bicycle and the driver of the bike. The police opened criminal case. The investigations continue.