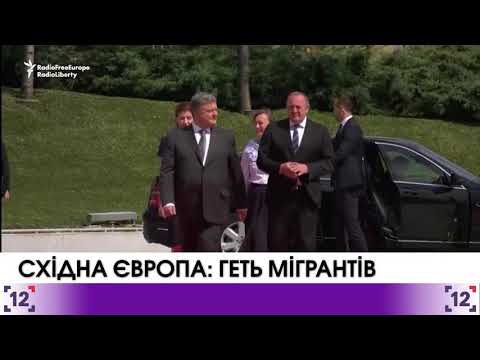 Slovenia is now in the list of the countries with anti-migrants-set government. Slovenian democratic party that follows center-right ideology won the elections. Its leader, former prime minister of the country, is famous of anti-migrant rhetoric. As for other eastern European countries – the situation’s the same. A lot of Europeans still do not understand how to treat the migrants. Hungarian radical party that is a leading one now wants to clean up the country from illegal migrants. Another countries that resist EU demands to welcome migrants are Poland and Czech Republic.

The researchers believe that such reaction is historically grounded.

Ukraine also is not an exception. But last year more than 3000 migrants from Africa and the Middle East came to Ukraine. Another Ukrainian problem is internal migration because of the war on the east. Besides, many Ukrainians migrate to Poland searching for better life because of bad economic situation.

At the same time the countries of western Europe keep supporting the settlers. Germany accepted more than a million of migrants from Syria. Last week, the president of France, Emanuel Macron welcomed Mali refugee Mamudu Gasmamu in the Elysee Palace. The guy saved the life of 4 y.o. child that could fall out of the window! He awarded the young man with a medal and proposed to become a professional lifeguard. Besides, he promised to help him with French citizenship obtain.