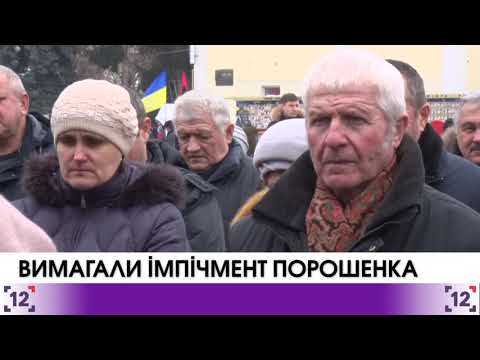 On Lutsk main square there was a meeting supporting the ‘march for the future’. The massage participants wanted to convey – is the president’s impeachment.

They demanded particularly the president’s impeachment, not the dissolution of the parliament.

The participants were mostly elderly people, the youth was not interested in the event.

To the question ‘Who was your candidate last election?’ the answers were different. The people did not want to admit they’d supported Poroshenko.

The meeting purpose was to show the discontent concerning the president, but it finished with criticizing Mikhail Saakashvili extradition.

The managers of the meeting asked different political powers to join the event without use of party’s flags. This request was implemented. There were just Ukrainian flags waving on the square.