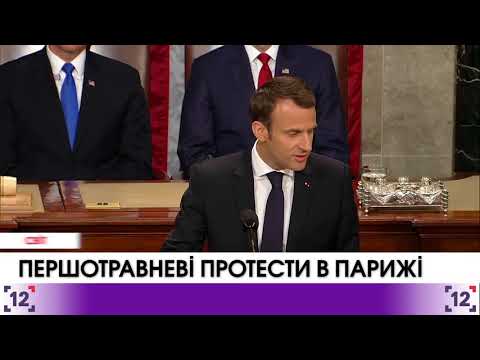 The number of people who gone missing as a result of fire and destruction of the skyscraper in Brazilian San Paulo has reached 45. Earlier there was a police department there, but at the moment of the accident the homeless were staying there. On 1 May the law enforcements informed that one person died. Now they are working on the basis of the homeless registration and they can not figure out the location of 45 people yet.

The police officers arrested more than a hundred of protestors in Paris. The representatives of radical movement were destroying the windows of the shops and set the cars into fire. The reason of it – annual May demonstrations. The police inform that this year more than 1500 people participated. The police used tear gas against the anarchists who protested against Macron’s reformations. The number of peaceful activists was 55 000 of people. At the same time the president of France criticized the meetings. He added he would do his best to punish the initiators of the violent disorders.

Seven states of the USA admitted the DACA program that protects young immigrants from deportation as illegal. The program was launched in 2012 by Barak Obama. It provided deferment in deportation for children who moved to the US with their parents and started studying there each two years.