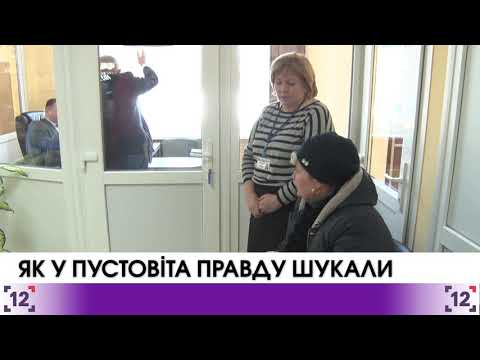 Vasylyna Fedko moved to Lutsk in 2005 together with her family. Her husband was proposed a good job in open joint stock company ‘Volynrybgosp’. However, in spite of promised accommodation and wages the family was deprived all the living conditions. Since 2012 the woman spends her time in the courts, authority’s and public organizations’ offices.

This time she decided to talk to Lutsk town council secretary Hryhorii Pustovit and the head of children’s affairs office Fedor Shulgan. Her son was deprived his place of registration.

The representative of the social service did not even appear on the hearings. Moreover, the court’s decision to return a child’s registration has not been complied.

After emotional and long-lasting arguments, the woman filled a form requiring the renewal of his son’s registration, and the secretary of the council promised to do for it.