USA: Iran will pay off the terroristic attack 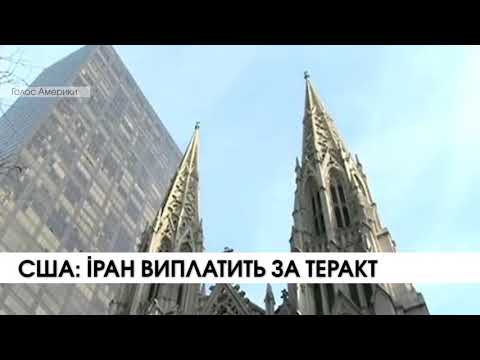 The federal court in NYC obliged Iran to pay off more than six billion dollars to the families of victims of twin towers terroristic attack in 2001. Iran is guilty in the death of 1008 people. According to the court decision the wives of the victims will get 12 million each, children – 8 million, siblings – 4 million.

However, the court’s decision is symbolic. Iran has never taken the responsibility for the catastrophe.

On 11 September, 2001 an Islamic organization al kaida conducted a  terroristic attack in New York. As a result – almost three thousand people died, more than six hundred were injured. This terroristic attack became the greatest in the history because of the number of people killed.

The US infrastructure then had a loss of ten billion dollars.

After that George Bush announced a war against terrorism. The leader of Al Kaida Usama Ben Laden denied being related to the attack. However, in 2004 he took the responsibility for it. In 2011 he was killed in Pakistan.

The most terrorists were from Saudi Arabia and Afghanistan, but NYC federal court obliged Iran to pay the attack off.