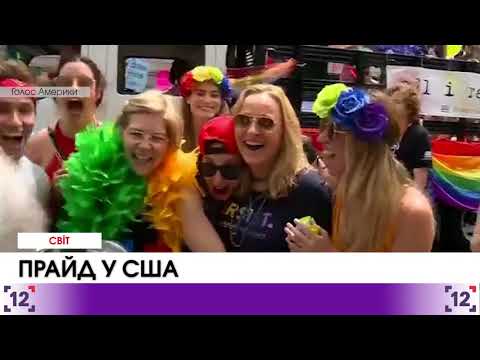 Forests fires in Colorado and California. People were evacuated from more than 1300 houses. The square of the fires is to broaden in some days. This year because of weather conditions – extreme heat and wind, the chances of fires are high. Last year in the US the number of fires was close to the record. Four million hectares of land burnt.

In hundreds of American towns there were the parades supporting sex minorities. June in the US is a month of representatives of LGBT community. The protests against discrimination of sexual orientation started in America in 1960th.  In 2015 the High Court  admitted same-sex marriages legal in all 50 states of America.

The library of Trump’s twits was opened in California. The activists collected his posts after the White House admitted them official massages. Trump continues using this social network actively to communicate and share his ideas.

Unordinary arrest in Florida. The police officers stopped a car thinking it was stolen. The driver got out of it with a monkey. He said he breeds these animals, but does not have a license. The police had to take an animal to the shelter. The cameras filmed touching goodbye of the man and his pet. Now he is waiting for the license to return his monkey.