How to make money on defense 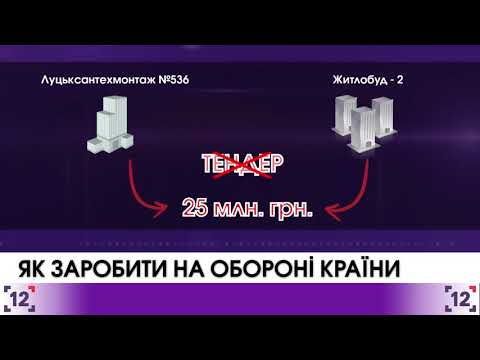 We introduce you a special topic of a new branch of 12 channel – Who have earned money on defensive structures in the East?

On 11 June 2015, the president of Ukraine visited Mariupol fortification, which was constructed by Volyn property developers. Poroshenko was glad with their work.

But in November 2017 general prosecutor of Ukraine Yurii Lutsenko informed that Volyn officials Liliya Pavlova and Oleksandr Zaytsev were presented with suspicion.

After that the public became interested in the process of constructions. Property developers who had a right to construct buildings priced 25 million didn’t have an opportunity to participate in tenders.

At the same time there was a hint that the terrorists were preparing an attack. So property developers had to finish constructions as soon as possible.

At the end, just two companies worked on the project: Lutsksantekhmontazh #536 and Zhytlobud-2.

Instead of reinforced concrete plates, sea containers were encased to the ground, so the officials made money on constructions. Besides, they spent not 25 million UAN, but 32. However, they deny all the accusations.