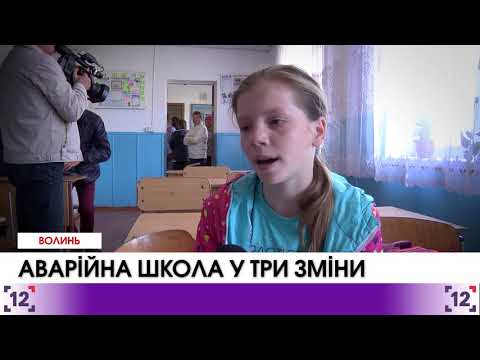 A little more than three thousand people live in Stobykhivka village, near Kamin-Kashyrskyi. Almost half of them are children. Local school has just 80 places, but there are 240 children. They have to study in three shifts, what is very inconvenient.

Sometimes, because of this discomfort, children omit classes. Besides they have a lot of household work too. The locals think if they had one more school, there would be no problems with absenteeism.

The school is in terrible condition. They have a tiny sport room with old equipment instead of gym, and two tables, where just 30-40 pupils can have a meal, instead of canteen.

Three classes of the high school moved to the building of local culture department, which is also partly destroyed. However, the school still needs more place.

The head of regional administration took into account the problem and promised to build a new school. So, in some years inconveniences will disappear and, we hope, pupils will not omit cases anymore.